“ I have given seminars in front of thousands and shared the main platform with speakers such as President George Bush and Steven Covey. I will share this with you... there is nobody on this planet that I would be more fearful of speaking AFTER than John Wright. John is one of the most sought after consultants in business today, for many reasons...." Read More

A Highly Sought-After Speaker on a National Scale

John considers himself a professional who speaks about his many experiences, rather than a professional speaker. His stellar career speaks to his integrity, knowledge, and credibility, yet what makes audiences rave about him is his ability to engage through humor, compassion, sincerity, and straight talk. 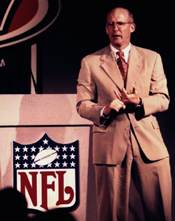 John brings to the podium a tremendous sense of energy. He has audiences laughing and crying at the same time and challenges them to be “IN” not “AT” the game. He guarantees to deliver life changing ideas and more importantly, the tools to follow through with them.

As the great Robert Cooper states, “People rarely mobilize today for something that needs to be done next month.” John’s talks are motivators and mobilizers for today.

Book John for your next event.

Fill out the form below to send a message to John about your next event.

Speaker/facilitator at life skills camps for: