The Third Obstacle to Your “Unlived Life” 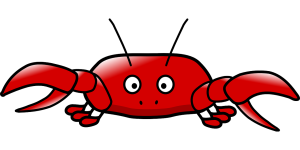 As we continue in the River of Resistance Series, the third obstacle that makes crossing the River of Resistance difficult is our ocean living friend, the crab.  (If you remember from my first blog in the series, you have to use your imagination a little to allow for the metaphor to work here, as we know crabs don’t live in rivers.) It’s pretty easy to get yourself a crab dinner while spending some time on the beach.  Simply tie a piece of chicken or some other similar bait to the end of a long string or cord.  Throw it out in the ocean and wait for the telltale tug.  Pull it in slowly, and you probably have one crab hanging on to the chicken; if you are lucky, you might have another one or two hanging on to the other crab.  The interesting thing about crabs is that when you put a bunch of them in a shallow bucket that they can easily climb out of, they can’t do it.  Why? Because when one is close to getting out of the bucket, his “buddies” pull him back down into the bucket.  Human crabs, the kind that seem to want to “pull” us down and away from the goals that we want to achieve are everywhere.  They can be people close to us, like parents, clergy, teachers, coaches, friends, etc.  Some do it knowingly, while others mean well thinking they are protecting us, but end up being very effective goal-busters.  There is a great song by Buddy Jewell that is a perfect rendition of what we could call the “Crab Song”.  The first four verses are:

I guess it started when I was a kid,

If you said I couldn’t do it I did,

Always had a stubborn streak,

Put a wall in front of me,

And I’ll find a way to get around it,

There was a friend who said I’d never make the team,

Ah and you know who you are,

You all played a part,

In pushing me on to my dream,

I wanna thank everyone who ever told me no,

Pack it up and get back home,

It kept me going knowing I would prove them wrong,

Yea I knew it all along,

Without ‘em I might have given up a long time ago, and so,

I wanna thank everyone who ever told me no.

Played my music for a man behind a desk,

He said sorry what you’ve got I just don’t get,

Ah, but here I am today,

Standin’ on this stage,

And I wonder even now if he gets it yet.

Buddy Jewell is where he is today, a famous country western singer, because he didn’t let the “crabs” pull him down.  He actually used their negative thoughts to motivate him to endure and be successful. There are thousands of stories of people who became extraordinarily successful because they overcame the negative attitudes and thoughts of those around them. [Tweet this!]  Crabs are a worthy opponent, and it takes a lot of courage and energy to not let their negative chatter keep us from getting “out of the bucket” and on to the life of our dreams.

I recently read with a great deal of interest the article in the News Gazette about your life skills work with the Chicago Bears rookies. It sounds like your program has been very successful. You obviously made quite an impression on those young men.

If you were to Google the word “success,” you would find approximately 465,000,000 results. To explore them all, it would take 442 years, assuming you could read one every 30 seconds. This begs the question… “Where does one begin?” I have been in business for almost 20 years. I have been fortunate to have worked with some of the most affluent and talented professionals in the country. I have listened to the most inspirational motivational speakers and performance psychologists. I have studied wi…

Not many people can say with humble confidence that they have changed the lives of literally thousands, but you have. It’s a legacy, your legacy of serving others with life changing wisdom. Your impact will continue to grow and shape the lives of so many people. You really will never know exactly how big it is. But there is one thing you must know without a doubt; I’m a better husband, a better father and a better person because of the investment that you have made in me and in our friendship. T…

I finally had a chance to read the article on your life skills camps at Greyfield. What an article and what a great testimony to you! I think it goes without saying that people like you are making a huge difference in other people’s lives on a daily basis. It is an absolute honor and privilege for me to count you and your son amongst two of my very favorite people in the world.

It was a pleasure to meet you in New York city. I truly enjoyed meeting you and listening to your ideas during your visit with our agency yesterday. Thank you for not letting me throw the knife. My ego was saying yes. I’m glad you said no!

“Last night at cocktail hour and over dinner it became clear how big an impact you made on the team yesterday. The group was electrified by your message and the delivery. You truly had everyone “shocked and awed.” A ton of ideas were being thrown around about how to execute on the concepts you shared. My focus now is on reinforcement which won’t be too hard, considering I absolutely believe the information, specifically around the Power of Full Engagement, is fundamental to high performance.”

Thank you again for your incredible generosity prior to the NCAA championship. Obviously, your words of wisdom and tremendous hospitality set the tone for a great championship run.

I came away from Rotary today with a spring to my step and regretted that I had been out of town at the time of your first two presentations. As I drove back to “my little office” I was talking to myself and had those familiar feelings of being turned on. It’s been almost ten years since I retired, but I well remember one of the reasons for my success. I think it all boils down to the question of ‘Who motivates the motivator?’

Simply put, experiencing John Wright and his leadership and management program at Greyfield is a once in a lifetime experience! In addition to being able to experience the character, quality, integrity, ethics, values and energy of a man like John, the merging of both physical and mental activities will ensure that anyone attending one of his programs will come back a different and better person! John Wright and the Greyfield experience is for anyone interested in improving the quality of one…

Congratulations on being one of the greatest leaders of our time. Although I have only met you a couple of times, you have made a big impact on me for several years, as I have listened to you speak (and on the recorded CD’s, over and over and over.) Perhaps that’s a sign of your impact – you are touching the lives of people you don’t even know. WOW! You and your son are two men to whom I owe a lot. You have given me the courage to grow and to tackle my fears. You two have truly blessed me. I pra…